This movie Rider wears a Sengoku Driver. He has the power to partially transform into any of the main Heisei Riders (From Kuuga to Gaim).

His motif is skulls. 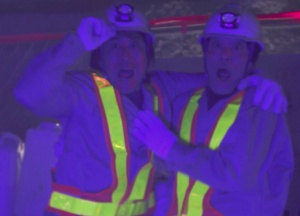