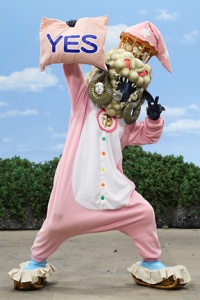 Owari (the end), Owari (old name for western Aichi Prefecture, where Nagoya is)

There's an old saying 「伊勢は津で持つ津は伊勢で持つ尾張名古屋は城で持つ」 "Ise is supported by the harbor, the harbor is supported by Ise, Owari Nagoya is supported by castles." A basic interpretation is that Ise has a harbor, so many pilgrims can come to the temples. Because many people come to the temples, the harbor prospers. Nagoya has many castles, so people come to see them. Broadly speaking, it's a complaint by the people of the time that the castle dwellers weren't contributing to the overall prosperity of the area, but in context of this episode, Nossan's just talking nonsense cause he's so tired.