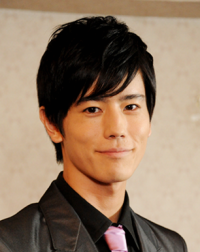 The young, charismatic CEO of GENM Corporation in the series Kamen Rider Ex-Aid.

When GENM Corporation was in the middle of the development of ten or so games, a virus spread out through all of them and proliferated enough to break into reality. This virus became known as the Bugster Virus and this day was known from then on as Zero Day, when thousands of people succumbed to it. As CEO, Dan took it upon himself to work with the Department of Health to come up with a cure for the disease, which led to the creation of the Gamer Driver and it's Gashats.

As CEO of GENM Corporation, Dan appears to be comfortable in his role and more than willing to help out whoever needs it. He's able to easily read people's intentions and hearts, and uses it to his advantage. He's shown to be quite sociable and he gets along with almost everybody.

Beyond the surface lies a cold and calculating figure who seems to be running an experiment involving the Riders and Bugsters. He believes himself to be the only one truly capable of grasping whatever is going on, even when it's proven to the contrary.

In his default form, Genm possesses impressive fighting abilities and is able to take on most Riders in one-on-one battles.

Using the Shakariki Sports Gashat, GENM gains an almost fatal disc shooting ability that is the bane of all of the other Riders.