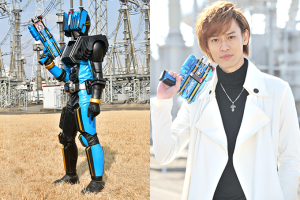 Kaitou Daiki is a treasure thief who travels through A.R. Worlds like Kadoya Tsukasa and his friends.

He is familiar with Tsukasa prior to Kaitou's first appearance in Kamen Rider Decade 09.

Throughout his trips to various worlds, Kaitou is in search of items he finds of value to him.