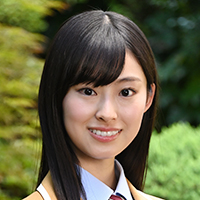 Using the Libera Driver with Vistamps, Sakura transforms into the cobra and martial arts-themed Kamen Rider Jeanne.
The name Jeanne is a reference to Joan of Arc, whose name is also pronounced as Jeanne in French.

Based on a cobra.
Cobra Genome is the default form of Kamen Rider Jeanne, accessed by inserting the Cobra Vistamp into the Libera Driver.
Due to Sakura's excellence in martial arts, Jeanne is versatile in physical combat.
Lovecov, Sakura's inner demon, is summoned following Sakura's transformation into Jeanne.
Jeanne can activate other Vistamps with the Libera Driver to transform Lovecov into different forms of arsenal.

Based on a king cobra.
Invincible Jeanne is the final form of Kamen Rider Jeanne, accessed by inserting the King Cobra Vistamp into the Libera Driver.
Jeanne and Lovecov are merged together in this form.
Physical combat is boosted by a large gap between this form and Cobra Genome.
Invincible Jeanne's Medusa Fringe braids provide swift assistance to her in combat, as demonstrated in her battle against several Giff Juniors.