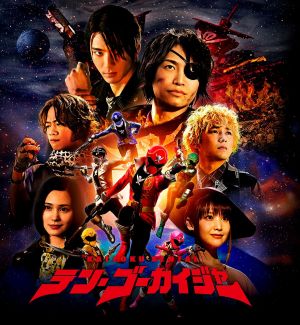 All six original Gokaiger suit actors reprise their respective roles in this V-cinext to do stunts, including Fukuzawa Hirofumi who reprises his role as GokaiRed. Fukuzawa stepped down from suit acting and took on the position as the Sentai action director since Go-Busters.