This episode was supposed to commemorate the 40th anniversary of Sentai (April 5th). But missed the date because Toqger was pushed back a week. Consequently, this episode was rebranded as a Ninja Festival, since it focuses on past Sentai guests from Kakuranger and Hurricaneger. 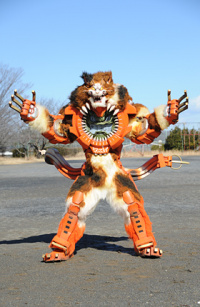