A fictional organization serve as the antagonist of the series, ZyuDen Sentai Kyouryuuger.

An alien race created from the cells of their leader Deboss, the Deboss Army invades Earth in the past to to wipe out the dominant life form: the dinosaurs. However, the Deboss Army were finally defeated and sealed in ice by the ZyuDenRyu after centuries of a long, bloody battle. Having broken free in the present era, they aim to harvest the emotional energy of humans to fully thaw their creator Deboss and herald a new mass extinction. The Deboss Army is based in the Frozen Castle (氷結城) on the Arctic seabed.

The commanders in the Deboss Army appear to take their names and theme from the word KiDoAiRaku which means "The spectrum of human emotions". The kanji for that word is 喜怒哀楽 which is the first kanji in their titles, each kanji meaning Joy, Fury, Sorrow, and Enjoyment respectively. Also the sound forms their names. Ki in Kya/Ca, Do, Ai, and Raku becomes Luck. 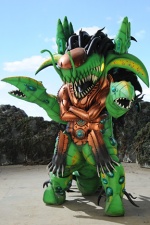 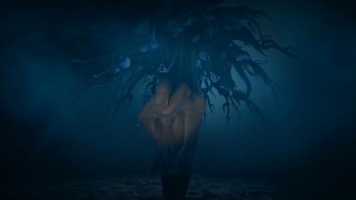 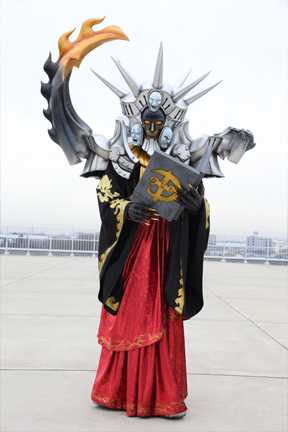 People have noted that Chaos appears to resemble the Statue of Liberty.
http://www31.atwiki.jp/sentai-kaijin/pages/3947.html 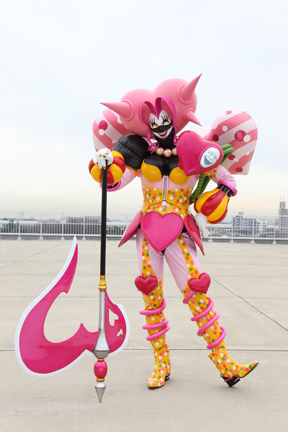 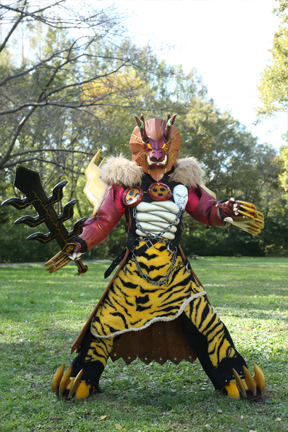 Voiced by Tsuruoka Satoshi (鶴岡 聡)
Name is possibly a combination of Do/Anger, gold, and Doru/dollars.
Looks like an oni with nuclear signs on his body.
http://www31.atwiki.jp/sentai-kaijin/pages/3949.html 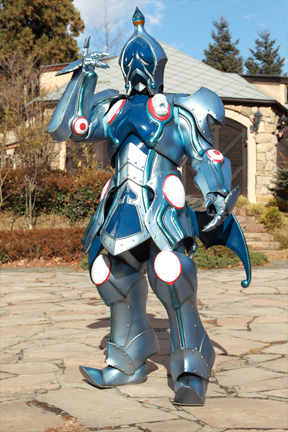 Voiced by Mizushima Yuu (水島 裕)
Name is possibly a combination of Ai/sorrow, and gallon, the unit of tears that he sheds. Eyegallon is another possible variation on the name, since he appears to have eyes all over his body, and it would fit his crying motif.
On his back there's a spade symbol. Embedded in that symbol is what appears to be a folded in clockwork key.
Motif is an umbrella?
http://www31.atwiki.jp/sentai-kaijin/pages/3950.html 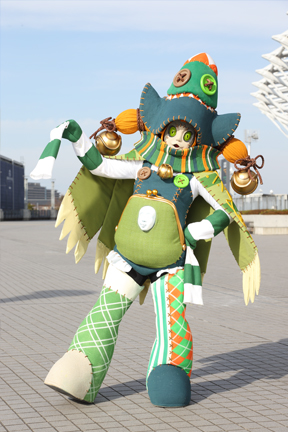 Voiced by Orikasa Ai (折笠 愛)
Name is possibly a combination of Raku/enjoyment, Luck, and Euro.
Has the body of a patchwork figure.
Possesses items to make monsters big (and small). 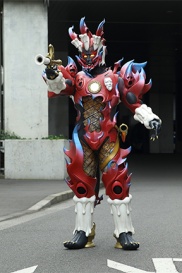 Created by Chaos for the Deboss Army in order to further evolution of Deboss. 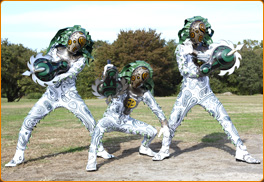 Foot soldiers of the Deboss Army
From the Japanese word for Zourimushi, a species of unicellular organisms, and ma/demon. Going along with the money theme, the symbol on their chest looks like the cents ¢ symbol flipped around. Along the middle are the three masks of emotions. The only sound they make are "nuru nuru" sounds. Nurunuru in Japanese means "slimy, wet".

They can combine to form giant monsters. 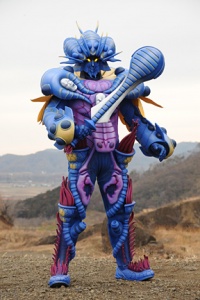 Chaos' right-hand knight.
The upgrade to the standard Zourima?
When he talks, he says nuru ヌル at the end, which is the only thing the Zourima can say.
Name comes from the Cambrian period (カンブリア紀).
Created from all three of the knights' towers, the Cambrima are armed with CamBlades (カンブレード) that can become a kanabou-like weapon by Restoration Water. Though 100 times stronger than the Zorima, the Cambrima are subjected as Dogold's vessels as they have a month-long lifespan.

The following 47 files are in this category, out of 47 total.