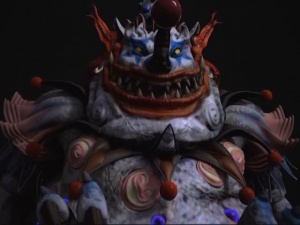 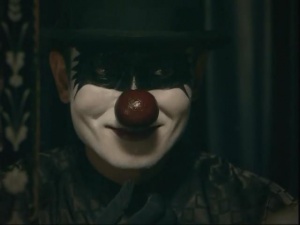 A clown-like Horror that possesses the body of a clown. Using the red nose and his puppets, Asmodee forces his victims to show "their nature", turning them against each other in a fight to the death.

Once they are dead, he turns them into beach balls to ingest. He is giant-sized in his true form, using his arms for locomotion.