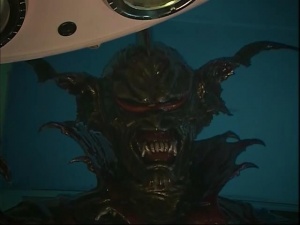 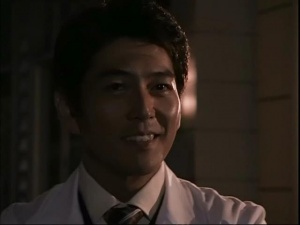 A Horror that first appeared around the time Taiga was alive.

He takes over the body of Tategami Ryouichi, making him a miracle worker of a surgeon so Pazus can feed on the euphoria-enriched blood of Tategami's patients.

He slices them apart with the scalpel-bladed tendrils from the back of his head, while leaving the remains for his Horror minions. To ensure he could eat without interference, he erects a barrier to put any Makai Knight at a disadvantage.