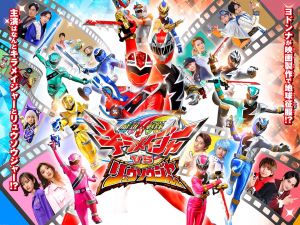 In an interview with Sakamoto Koichi, the Suit Actors in this movie depended on who was available, since some regulars were busy filming the TV series Zenkaiger. To make up for it, members of B.O.S-Entertainment were used.