The enemies of the Toqgers.

Their trains are called Kurainers (クライナー). It's a portmanteau of Kurai/Dark with Liner. Might also be a combination of Cry and Liner. There is a picture of the toy with it written as Cryner in English, but this is probably the same mistake that we made in our early subs. 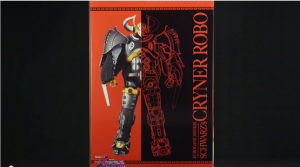 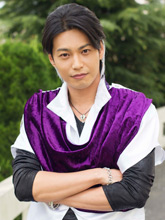 According to his actor, the proper spelling for this character's name is just Z. [1] In one of the photo books, his name is spelled Zet with one t though. 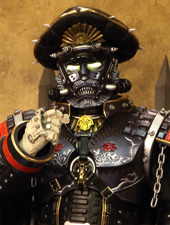 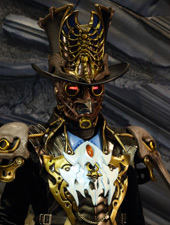 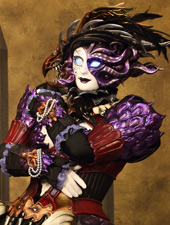 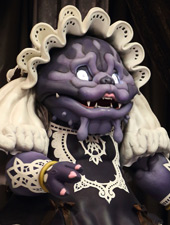 It's not too clear what the etymology of this name is. It looks like Glitter in Japanese, except it's missing the dash at the end that's typical in the Japanese katakana for "glitter". After the events in episode 12, it seems like it really was intended to mean "glitter". The kaijin wiki also suspects it's Grigio which is Italian for "grey". [2] There's a theory that her name is Grita from the Spanish word "negrita" which means "black girl", but this seems like kind of a stretch.

She has two small wings on her back that she doesn't use. Among the Shadow Line members, only her eyes glow, which is something that appeals to the Emperor. 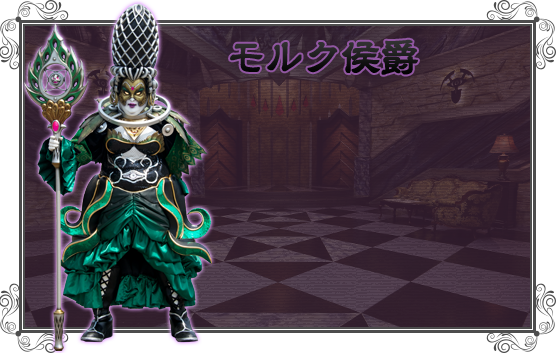 She's the new commander that's introduced in this episode. The eldest member of the Shadow Line. She's in charge of the Shadow Towns.

Her voice actress also does the Shadow Line announcements. It is unknown if they are supposed to be from this character.

Her name means darkness in Norwegian.

The grunts of the series. Their name comes from "black" in Japanese, which is Kuro.

The monsters of the week.