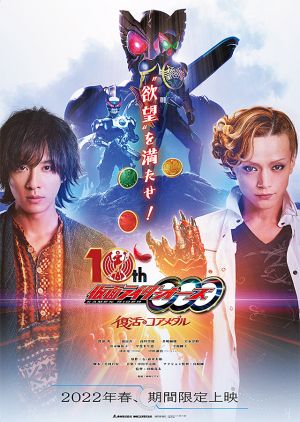 Preceding this movie will be two Net Movies that act as a prologue.

The film's theme song is Anything Goes! OOO 10th Mix by Ohguro Maki.

This is the first Kamen Rider film to celebrate the 10-year anniversary of a particular series, a practice that has been done multiple times in Super Sentai with the "10 Years After" films.