During a shopping trip with Umeko and Ban, who was forced to carry Umeko's belongings, an Alienizer was suspected to be on top of a close by mansion. It turns out that the Alienizer, known as Anri Seijin Beildon, was actually targeting an alien disguised as a man named Iwaki, who was selling him a dangerous liquid that can turn humans into liquids. To pursuit this Beildon, Swan introduces K-9 Murphy, a robot dog with a strong sense of smell. However, Murphy doesn't get along with the others very well, so Krueger decides to place him under Umeko's care, much to Umeko's dismay. It was soon revealed that the liquid that Iwaki first gave to Beildon was incomplete and there was a blue liquid that was needed to complete it. Iwaki refuses to give away the location of the blue liquid without the DekaRangers releasing him first. Because of this, Murphy was set on an assignment to discover the location of the blue liquid. He at first seemingly fails, as Umeko wasn't able to find it below the spot where Murphy detected. Having faith in Murphy, Umeko continues to dig under the location where Murphy detected and finally found the whereabouts of the liquid; however, Beildon was waiting for this moment and attacks. Murphy senses trouble and rushes to Umeko's side. The feelings of the two finally connects. When Umeko finally takes down Beildon all by herself, Ban gives Murphy the Key Bone, which can transform Murphy into a powerful weapon; this was used for the strike out attack. 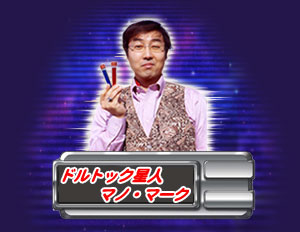