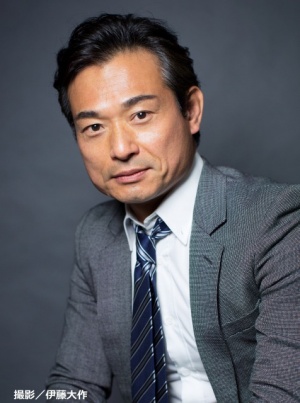 He said he changed his celebrity name because the kanji for his last name was hard to read, so he decided to make it easier. Now, he only uses the kanji for voice acting work.

Currently a seiyuu. He made his debut in 1987 with Kamen Rider Black. He played the role of Shadowmoon.

He's been more active since his participation in Den-O. Fans say that he's extremely easy to get along with.

Likes sports commentary. Is a fan of the Hanshin Tigers.

Married since 22 years old. His wife is a contemporary dancer.

Since Kintaros has an Osaka accent, Terasoma wanted a native Osaka speaker to dub over parts of the speech to make it more authentic.