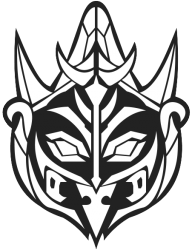 A group of alien hunters. Their name seems to be a portmanteau of Death, Game, and Alien.

Owner of the DeathGaliens and creator of the vicious "Blood Game".

One of the team leaders. Is in competition with Cubal.

One of the team leaders. Is in competition with Azauld. Is considered more methodical and thoughtful in his planning.

Genis' secretary. She serves drinks to the other commanders, as well as inserts Continue Coins in fallen monsters.

The following 35 files are in this category, out of 35 total.