The long-running Ultraman series has many alternate universes. The Ultramen occasionally enter another universe in some series. This page aims to categorize them for an easier understanding of the continuity 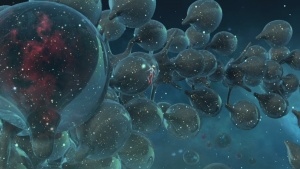 Note: All universe names are unofficial.

The main universe where most of the series take place in. The Ultramen come from Nebula M78 in this universe.

In this universe, UltraSeven is the only Ultraman to ever step foot on Earth. It's an alternate timeline where all other Ultraman series in the M78 Universe are disregarded. The events in the original UltraSeven series is considered canon, and it is followed by Heisei UltraSeven.

UltraSeven crosses dimensions into this universe, though it is not known which UltraSeven.

Ultraman comes from the planet U40 here.

Ultramen do not come from another planet in this universe, but are a mysterious energy of light.

The power of Ultraman comes from the planet Earth itself.

Ultraman Gaia travels to a dimension where he exists only in a TV Series, in Tiga & Dyna & Gaia: Battle in Hyperspace. Ultraman Tiga and Dyna also appear here, but only as mysterious powers.

A universe where monsters are tamed, if possible, instead of destroyed.

Ultraman Nexus' universe, where Ultraman is a mysterious power inherited by "chosen ones". Ultraman Zero visits this universe in Ultraman Zero The Movie: Super Deciding Fight! The Belial Galactic Empire.

Ultraman Max claims to be from Nebula M78. However, there is no continuity from the main M78 timeline, though he has an alternate self who exists in the M78 Universe, seen in a cameo appearance in Mega Monster Battle: Ultra Galaxy Chronicles.

A universe where Ultramen and kaiju originally do not exist, until the events of Ultraman Ginga.

A universe where solar flares are causing spark dolls on Earth to turn gigantic and violent.