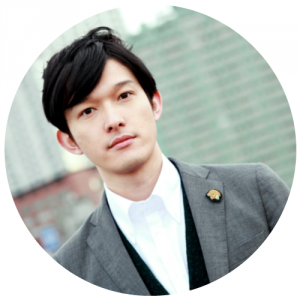 Moved to Tokyo after graduating high school. Made his debut as DekaGreen in DekaRangers.

To focus on his acting career, he dropped out of college in 2005.

February 22, 2009 he started a indies film group "cine colorista"（シネ・カラリスタ）. He's working as the writer and director for the first project "Paprika and the Umbrella" 『パプリカと傘』

On March 19, 2011 he did a live commentary on Kaizoku Sentai Gokaiger episode 5. This was the episode that paid tribute to his original Sentai show Tokusou Sentai DekaRanger.