Also known as the Last Ninja.

The grandfather of the five Ninningers in the show Shuriken Sentai Ninninger.

As the descendant of the Igasaki clan, he performed his duty of sealing away Kibaoni Gengetsu when he revived as a Youkai. Because of this act, he received the title of "Last Ninja".

His goal is to train his grandchildren to inherit his ninja skills and seal away Kibaoni Gengetsu for good. To do this, he has a built a Ninjutsu Dojo to train them.

Very easygoing. He's well-traveled, and knows Italian based on his act in Shinobi no 02. In the first episode he also said the English phrase "Love and Peace". 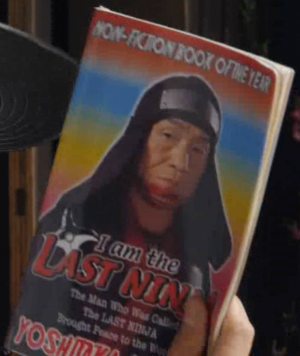