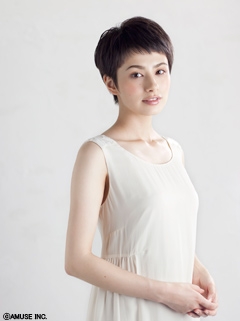 A Japanese actress. Father was from Ireland.

Chiaki Horan was born on September 28, 1988, in Tokyo. Her father is from Ireland and her mother is Japanese. She began her professional acting career in 2005 in the Mahou Sentai Magiranger TV series. Since then she has regularly appeared on Japanese TV shows. She has worked in news, dramas, as an MC, on the radio as a DJ and currently as newscaster on N-Star on TBS TV every weekday afternoon.

Chiaki graduated from Aoyama Gakuin University, Tokyo. She spent her junior year as an exchange student at Oregon State University, where she studied drama.

She likes photography, cooking and singing.