Difference between revisions of "Ninninger Shinobi no 01" 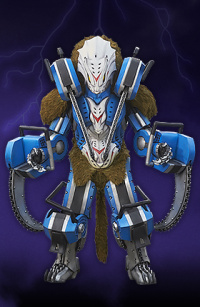 The Ninninger's mecha. Unlike previous series, the motif of the different component mecha vary quite a bit.

Their names end in -maru, which is a common naming convention for weapons and vehicles. For example, the Shinkenger's sword was called "Shinkenmaru".

Akaninger's main mecha. As the name implies, it's a red ninja.
Dragomaru

Momoninger's train mecha. Byun is the Japanese onomatopoeia for "going fast". Possibly a reference to the GoRanger's mecha, which were named similarly (like VariVroom or VariDriin).

Its finisher is Appare Giri (Splendid Slash アッパレ斬り). The word Appare is an alternate pronunciation of Takaharu's name. 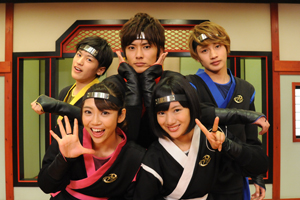